In Proceedings By Victoria  1816

We speak about the stupidity of the English language

Even Einstein said: «There are two things are infinite — the universe and human stupidity. However, about the universe, I’m not sure. » As would be sad and pessimistic as it sounds, nonsense is always present in our lives in one form or another. We meet stupid people on their path of life, read books and articles absurd, faced with unreasonable behavior. And when we need to characterize any of the mentioned in the English language, in most cases, comes to mind is the word stupid. But this is not the only way to express their emotions ?! I suggest to get acquainted with other options.

Let’s look at part of the example sentences with the word stupid.

Word stupid characterizes not only people, but also work, things, ideas — everything that you feel stupid, annoying and ridiculous.

She has a stupid expression on her face. — She’s a silly facial expression.

What can replace the word stupid 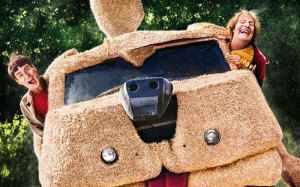 Words denoting stupid things and stupid people in the English very much. Some of them are very close in value, some are distinguished by certain characteristics or the subject (person phenomenon), which they describe. The most complete list of synonyms for download, we are at the end of the article.

Do you feel silly in these pajamas? — You feel ridiculous in this pajamas?

That’s the dumbiest thing I’ve ever read. — This is the most stupid thing I have ever read.

Had not they been supportive of Steve when he made his foolish decision to drop out of college? — And do not they have supported Steve, when he took a stupid decision to quit college? 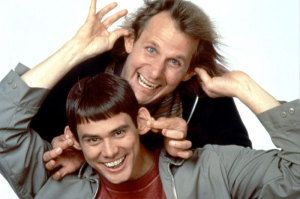 By the way, the idiom — a very popular alternative to the word stupid, when in difficult situations it is necessary to discuss the folly. Let me remind you briefly that idiom — a phrase that can not be changed, or changing their meaning. They have several portable, figurative meaning than, and are of particular interest to us. After all, such phrases are very colorfully illustrate the situation. And sometimes humor smooths criticisms! For example:

Phrases for the story about the problems with understanding

If you want to say that a person has problems with understanding and learning, to use the word slow or dim. Often these words are used to a bit / rather:

His wife’s a bit dim. — His wife thinks bad.

In spoken English, you can call the foolish man a bit thick and a bit dense. If you use nouns, we get the following:

Now you can not only describe the stupidity of the English, but also to understand how to set up your man, if he suddenly dare you insult. I wish you less of such situations in life, and offers download our selection of words on the topic!