In Proceedings By Catherine  6165

We are talking about mathematics in English 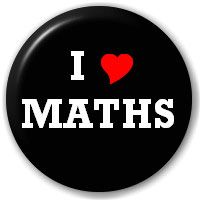 Many people believe that their life has nothing to do with mathematics, and they do not need to understand the wilds of the topic in English. But the numbers are all around us everywhere, phone numbers, credit cards, flight, not to mention the dates. Today’s material will be useful to all: a keen enthusiast of mathematics, and far from the world of the exact sciences humanities.

Let’s pay attention to the pronunciation of certain numerals, as this seemingly simple point is sometimes confusing even experienced «users» of the language.

At the same time, if the phone number contains two identical figures standing side by side, they say, such as double nine:

Calling decimals (decimals), we use the words nought (British English) and zero (American English): 10.39 (ten point thirty-nine) — as much as ten and thirty-nine hundredths. More information about the features of the pronunciation of numerals can be fractional in this article.

By specifying a particular date, we will, of course, very far from mathematics, but the date — one of the most popular areas of the use of numerals. If you need to brush up on how the dates indicated in English, I advise you to read the article «The dates and ordinal numbers in English.»

And at the end of the article I would like to invite you to pass a little test. But do not worry! This is not math lesson! 🙂