In Proceedings By Victoria  2524

TOP-10 multi-valued English words, which put us into a dead end

What values ​​can have the English word? «A lot, a lot, an awful lot!» — Say the students and they will be right. However, as a rule, these values ​​are close or similar, for example: dance — «dance» or «dancing», love — «love», «love», «love», «favorite.» But there are words whose values ​​differ so much that they become the opposite. We dwell on the 10 most frequently used English words multi-valued. 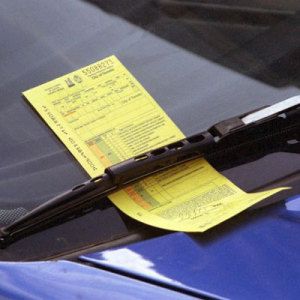 The first word that opens our list, the word fine. We all know that the word fine is positive, «beautiful», «excellent». But fine words, there are quite the opposite meaning in spoken English — the «bad». Of course, to a negative meaning was clear to your companions, it must speak with a certain tone with anger or contempt, that is necessary to highlight the word emotional.

Fine as a noun is not a very pleasant thing — a «fine». For example, a parking fine — «fine for parking in the wrong place.»

2. I built a fire in the office, and I got fired. The word fire

Fire is also important «to dismiss».

3. Do you think it mean? Word mean

The word is surrounded by a halo of negative mean values, «greedy», «vile», «rough.»

She was really mean to me. — She really treated me vilely.

But there are words mean exactly the opposite meaning — «very good.»

She is a mean piano player. — . — She plays the piano beautifully.

The phrase no mean is that someone very good or good specialist in something disassembled.

And all of these values ​​apply only to the adjective mean, as a verb, it is translated «make a difference», «mean», «bear in mind».

So: Do you mean he is mean? — You mean that he is greedy?

4. On the change did not break! Word break

Word break is normally used to say that something is broken, broken, destroyed, broken.

These proposals may confound the one who at school used to value the words — «break», «change», such as coffee break. 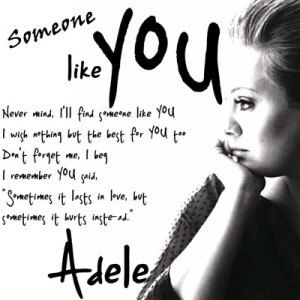 We used to like to use the word to mean «like»: he likes spending his evenings in front of the television — emu like to spend the evening watching TV. And just know that in the third person singular of the verb you want to add the ending -s: someone likes you (you’re someone like you). Therefore Adele song «Someone like you» has caused a lot of questions: What is it? Grammar mistake? Not at all, it’s just another meaning of the word like — «like», «such as».

6. Feel free to use this for free. Word free

Everyone has heard the words free, freedom — «freedom», «free». But here we go to the Internet to download some program or music, and see the free music, in this context does not mean that the music is free, which means that you can download for free. The second meaning of the word free — «free». Feel free phrase means «do not be afraid», «do not be shy.»

As soon as we start to learn English, learn the word room, which means «room», «hotel room».

And so the phrase «Is there enough room for me in the car?» Can stump. But we must remember that the word room has another meaning — «place», «space». 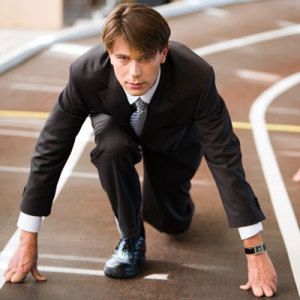 If you are asked to translate the word run, you do not hesitate to say — «run» and you’re right: I ran, he runs, they will run — «I was running,» «he runs», «they will run.» Wrong verb run, three forms of the verb you need to remember by heart: run — ran — run. The verb run has several meanings, one of them — the «lead», «control». But you can also select the following values: «pass», «run on time», «become».

He runs a restaurant. — . — He runs the restaurant

9. … and then turn right, everything is clear? The word right

Right word we often use in the sense of «right», «right», explaining how to go somewhere.

Sometimes the word may be used twice in the same sentence, as, for example, in this video, and confusing inexperienced students

10. I have no mood to discuss his mood, because he is in a bad mood. Word mood

But the idiom be in a mood word mood takes a negative value.

Adjective moody and has a negative value — «grim.»

He was a moody teenager. — He was a surly teenager.

I hope that now it will be easier to deal with the ambiguous words in the English language. And if you meet other ambiguous words, try to make them a little memorable proposal for example used in this article. In this case, different meanings of one word remembered quickly and permanently.