In Proceedings By Yuliya  3069 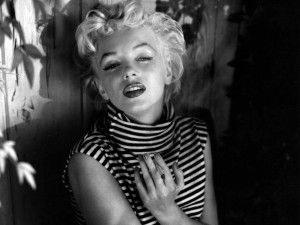 I do not mind living in a man’s world
as long as I can be a woman in it.

Speaking about Marilyn, in memory float banal associations — platinum blonde with a perfect figure, Happy Birthday Mr. President, skirt fluttering over the ventilation opening, «Some Like It Hot.» For more than 50 years, it is no longer alive, and female beauty is still compared with her as a kind of benchmark. She remembered, her delight, her image still trying to recreate, but, I think, to no avail. The recently released film «7 days and nights with Marilyn» («My week with Marilyn») with Michelle Williams in the title role, seemed a pathetic parody of the real Marilyn. She just unique, it is impossible to transfer or convey again. But what it was in real life?

In fact, there are very few video interview with her participation. It is here that you can look at the MM side, to hear her voice and see that it is full of charm and femininity. 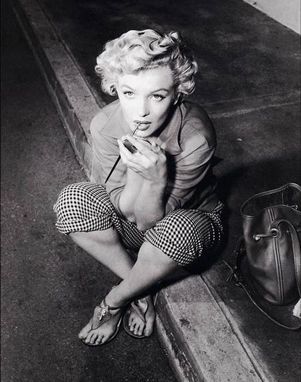 A career is wonderful, but you can not curl up with it on a cold night.

In this interview (1954) Marilyn tells about the movie «The Seven Year Itch» («The Seven Year Itch»). The same one where she is wearing a white dress standing on a ventilation hatch. By the way, this scene reshoot 40 times. Initially, she was shot in Manhattan, on the corner of 52nd Street and Lexington Avenue. All this happened on Sept. 15, 1954 in the morning. Several thousand onlookers came to see the beautiful blonde, they whistled and shouted compliments, because of the noise the director was unable to insert the scene and decided to re-shoot it in the pavilion studio 20th Century Fox.

Lee Strasberg became a kind of mentor MM. At that time he was one of the most famous teachers of acting, a recognized genius. Monroe began taking private lessons at his studio in March 1955 on the advice of her lover, film director Elia Kazan. Classes MM behaved very quietly, never isolated and always late. But Strasberg admired her MM has become his most famous pupil. Monroe later bequeathed his archive of personal belongings, and after her death, the meter has the right to dispose of them at its discretion. He also had the right to use her image, on which earned more than one million. After the death of Strasberg his wife Marilyn has sold personal belongings at auction.

The interview gives the MM on the occasion of his return to LA and base production company Marilyn Monroe Productions, which she carried out with Lee Strasberg.

I have feelings too. I am still human. All I want is to be loved, for myself and for my talent. 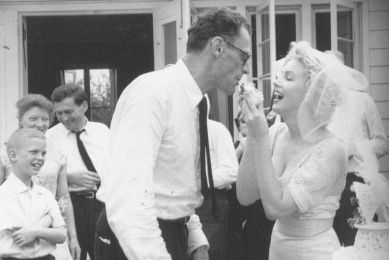 Longest marriage alliance with Marilyn became famous playwright Arthur Miller. At the time they met in Hollywood Arthur I was married, so they met in secret. MM said he drew it to his intelligence. Arthur still decided to leave her family and married MM June 19, 1956. For him, this marriage was difficult, the playwright could not write for 4 years not a single line. As a result, they have left because of «different characters.»

Then you can see the homemade wedding video:

I guess I have always been deeply terrified to really be someone’s wife since I know from life one can not love another, ever, really.

The following interview gives MM after her marriage to Arthur Miller:

Hollywood is a place where they’ll pay you a thousand dollars for a kiss and fifty cents for your soul.

Married with Miller at Monroe and failed to realize his dream — to become a mother. She is very worried, depressed and gaining 9 kg. In 1958, she returns to Hollywood and begin shooting one of his most successful films — «Some Like It Hot.» This interview gives MM immediately after his return:

Adored by all — the same thing that anyone’s favorite. MM suffered from loneliness, depression, lack of confidence in the professionals. Unstable mentality, potent pill as best friends and boundless loneliness ruined it.

Here is her answer to the question of whether she feels herself lucky (1960):

I can say that after watching it, I saw an interview with Marilyn different eyes. Not as a femme fatale and sultry blonde, but as a sweet, soft, clever woman with an exceptional smile. As you know, she did not have a proper education, but she is constantly trying to read and everywhere carried a book. To all these questions she answers politely, to the point and with a smile. 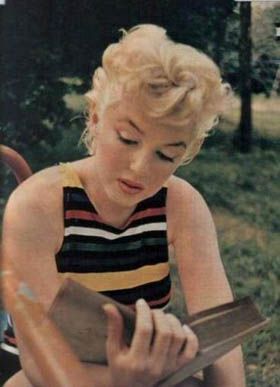 The most famous song by Marilyn was the «I wanna be loved by you». I suggest you watch the video and read the text (vocabulary song is pretty easy, and it quite a bit, so we will not stop their attention on it):

I could not aspire
to anything higher
and to feel the desire
to make you my own.
Badum badum bee doodily dum! Boo!

I could not aspire
to anything higher
and to feel the desire
to make you my own.
Badum badum bee doodily dum! Boo!

In this article I covered the whole biography of MM. I hope you know it. After becoming acquainted with the fate of Marilyn comes to mind the proverb «Do not born beautiful, and born happy.» Every human society perceives its own way, and each of us has a number of vital roles. But the true essence is hidden deep inside. I hope that with the help of a video interview you have managed a little to discover the wonderful personality of Marilyn. 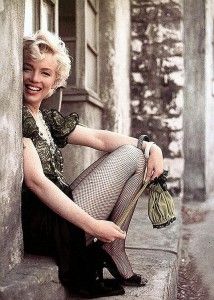