The paradoxes of the English language. Do you think English is easy?

Argued that the English — one of the easiest languages ​​to learn. What else explains the fact that more than a half billion people on our Mother Earth use English on a daily basis in the professional field and in everyday life? I will say this, apart from unsubstantiated «simplicity», this phenomenon is easily explained by the fact that communication is sufficient knowledge of the language at the level of Intermediate. I do get to the average for the two decades of his life, everyone can, that’s for sure!

English is known for a variety of rules. They say if you learn them, you will be fluent in English! Ah, what a lovely delusion! To paraphrase a very well-known expression, to say that the rules are not so terrible as they are exceptions. Sometimes not even exceptions, but in general unexplained phenomena in English. English — the language of paradox, the conclusion I came to after unsuccessful attempts to explain all the «improbability», which occur in practice. 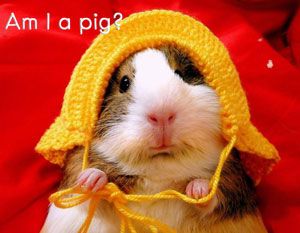 This madness in English is evident when behind are proydёnnymi Present Simple, My family and other «basics». Owning English at middle and high levels, you are no longer perceived as something of the language of course (stop taking English for granted). You begin to ask yourself questions: why the word eggplant (aubergine) consists of egg (egg) and plant (plant), but the word has nothing to do with eggs? As people come to a head called pineapple pineapple, if this word no pine (pine) or apple (Apple)? Nothing is quick (rapid) in quicksand (quicksand). Boxing ring (boxing ring) do not ring (ring), and the square (square). Guinea pig (guinea pig or figurative meaning of «guinea pigs») was not from Guinea and in fact no pig. By the way, why we have this nice rodent call «sea» and «pig»?

Why writers (writers) write (write), but the fingers (toes) did not fing (I do not know how to translate). Plural of tooth (tooth)? Correct, teeth (teeth)! Then why booth (booth) is not beeth? One goose (goose), but 2 geese. It is logical to assume that one moose (moose) and 2 meese? Lord, why can say make amends (to compensate for something), but did not make amend?! Odds (chance) and odd (odd) all the different parts of speech. The same applies to means (funds) and mean (evil). One species (one species) and 2 species (two species) — a very logical! 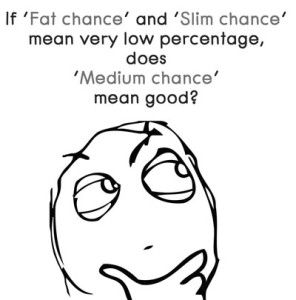 If teachers (teacher) taught (learned), then why preachers (priests) are not praught? And it is a terrible option: vegetarian (vegan) eats vegetables (vegetables) that also eats humanitarian (humanities)? We can ship by truck (a truck to deliver) and send cargo by ship (send cargo by ship). Sometimes it seems to me that all English speakers are registered psychoanalysts. Only people with very healthy nervous system may be considered without any problems slim chance and a fat chance synonymous (slim — thin, fat — fat, but both phrases mean «no chance»). However, they argue that the wise man (wise man) and a wise guy (nerdy, nerd) — are two different things!

Yes, we pay tribute to the language in which the house can burn up (to burn) and burn down (to burn). And the stars become visible when they are not (literally) — stars are out. You also have to admire the unique lunacy of language in which the proposals such as «I am right, are not I?» And «I am not right, am I?», Is quite true. Where are not come from, I wonder?

Somewhere in the history of the language could dig even hypothetical answers to the questions above. Only if there is in this sense? Imperfect language — is the result of imperfect people. If the ideal computers have taken on this job, and the result could be expected otherwise. And so it turns out that language — a reflection of the creative nature of the human race. And we know how to do, especially to get up! 🙂

Each new paradox that you notice in English, brings you closer to understanding of the national character and way of life of the British. Be great! Observe especially the English, try to understand why the come up one way and not in another. If you do not find an answer to the question «why?», I always remember the right answer to any question, «because it is English!» And that is what we love so much! What kind of strangeness English occasionally confuse you? What did I miss?