Temperament and character in English

Why there are such things as the temperament (temperament) and nature (character)? Psychologists (psychologists) from different countries use them in tests to determine the characteristics inherent in the personality (personality), and make it unique (unique), personal (individual). Temperament and character are the qualities of the person, but the difference between them lies in the fact that temperament — a set of dispositions (complex of inclinations), while the character — a set of habits (complex of habits). The words you’ll find in this article will greatly help you in the description of their nature or the people you know. After all, kind and good — it’s not the only word that can be used to describe a person. This selection can be saved and from time to time to view, not to forget the useful words.

Temperament and its features

So what is the temperament? In general, this automatic response to events that must be characterized by stability throughout life (to be stable throughout life). 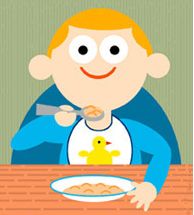 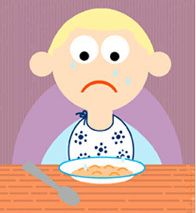 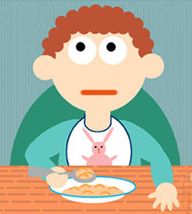 Scientists came to the conclusion that a certain type of temperament is the most vivid manifestation (come to clearest manifestation) as a child, approximately between six and fourteen years. In later life temperament it is already a secondary (subordinate), but still powerful (influential) factors of personality.

What is the nature of the

Character — a combination of these or other moral qualities (moral qualities), inherent in the individual. Quality — these are the traits that define a person’s response to any situation. For example, a person liable to a truthful description of events (truthfulness), will be able to more accurately reflect the facts in a particular situation, rather than a person, characterized by duplicity (deceptiveness). A person with vigilance (alertness), will be more careful driver than a man giddy (careless), which pays no attention to the potential dangers. The man is tolerant tolerant of others than the person prejudiced (prejudiced).

The way we react to different circumstances, determines the subsequent success or failure in any business. Of course, this does not mean that «good» people will be more successful than the so-called «bad». However, there are some common characteristics that will inevitably lead to success. The question is, what qualities there are positive and which are — negative.

To view the video proposed dedicated model of personality, which is based on the theory that a person is independent of the main five features, which are known as the «Big Five.»

So what are the qualities (character qualities or character traits) constitute the character? How do they appear and are subject to any changes?

Probably, if I were to make a list of positive personality traits, many would call such as honesty (honesty), straightness (integrity), reliability (dependability), fidelity and loyalty (loyalty and faithfulness), diligence (diligence), kindness ( kindness), honesty (sincerity), mindfulness (attentiveness), optimism (optimism), and so on. d. Of course, this list can be very long.

Some qualities of character are considered negative, and few people are pleased to be characterized by such words as unfair (dishonest), not a devotee (disloyal), sneaky (mean), rough (rude), rude (disrespectful), pessimistic (pessimistic), a cruel (cruel ), corrupt (wicked), selfish (selfish, egocentric), ruthless (unmerciful).

At the end of the article I suggest that you download the most comprehensive list of words on the topic «The character and temperament.» I am sure that these words are very useful to you in dealing with foreigners. Enjoy!

↓ Download the table «On the temperament and character of the English language» (* .pdf, 202 KB)

It is further proposed a little exercise in which you must select the correct answer. To answer all the questions correctly, you must check out the new phrase in the word list.