I always engrossed US history and American English is very fascinated me. «It’s just the story of one more state,» — you thought — «What’s so exciting? Moreover, the country is quite young, and she is likely to have no such interest coming from the age-old traditions of the times. » It also is the most amazing thing — the speed of development of the USA clash within them a variety of cultures and their interaction! This country is like a multi-colored fireworks, and studying its history like a scientist-chemist who had the opportunity to observe the occurrence of rare and violent chemical reaction!

On the ethnic composition of the country Americans are often spoken of as a mosaic in which each piece contributes to the creation of one large painting, and at the same time does not lose its identity. This ethnic diversity has had a huge impact not only on the fate of the country itself, but also on the state and its language — a standard American English. This is a very lively and moving language on the fly grasping everything is new and constantly evolving.

It is well known that the US inherited English from British colonization. The first wave of English-speaking immigrants settled in North America in the 17th century. At the same time in North America, and were speaking in Danish, French, German, Swedish and Finnish. This was followed by a clash of Europeans c people of other races, not only with the Native Americans, but also with the Africans who were forcibly brought to America by slave traders; Mexicans, when the United States during the Mexican War II annexed the California, Texas and a number of south-western lands; c Chinese and Irish workers, who came to build the transcontinental railroad; c Italian Catholics and Eastern European Jews who emigrated from 1880 to 1920 to work for the industrial and commercial enterprises rapidly developing capitalist economy. 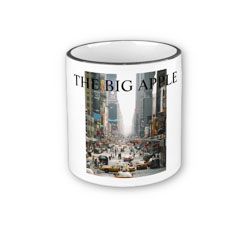 American English is beautiful and rich, and, contrary to popular belief, are not so inclined to primitivism. African Americans, for example, brought in a huge number of titles of musical styles and instruments. Many words, not only became a part of American English, but also become international, think of jazz, soul, rhythm-and-blues … with jazz musicians often associated and popular name in New York — Big Apple. They say it went from favorite musicians saying: «There are many apples on the success tree, but when you pick New York City, you pick the Big Apple.»

In addition to African Americans, each ethnic group in their own way enriched the vocabulary of American English, most strongly in this case shows the influence of Spanish. Here are some examples of loans:

American English is often contrasted with British English. As George Bernard Shaw once said: «We (the British and Americans) are two nations separated by a common language». Are the Americans and the British so difficult to understand each other?

The use of such Americanisms as elevator, gas, cookie, driver’s license are unlikely to put the British to a standstill — it can easily understand what you mean lift, petrol, biscuit, driving licence. Moreover, such common words does not seem to be the representatives of both countries quite so strange and incomprehensible.

Of course, there are words that can be heard only in the US, such as the examples given above foreign borrowings. A list of these words and their British equivalents can be found in almost every textbook and authentic even in Wikipedia.

Another source of differences in the lexicon of American and British English are idiomatic expressions. For baseball, the most popular and probably the most favorite game in America, gave the US a lot of English idioms. Most of them are used by the Americans in everyday speech to talk about the success or failure:

Today there are many dictionaries, is dedicated to Americanism and American idioms. Such a large amount of material suggests that American English is much faster than the British borrows words from other languages ​​very quickly reflects new trends in the world of culture. This makes it a particularly interesting development.