Sherlock Holmes and the modal verbs: modals of deduction

For starters try to better understand what is actually a deduction or deduction. The dictionary gives us the following definition of the word: the process of using the knowledge or information you have in order to understand something or form an opinion. In other words, it is — a conclusion to which we arrive at by applying the general law to a particular case. Want a vivid example? Please:

Noting general details such as the position of the cups, pens, knives, Sherlock came to the conclusion — the victim was left-handed.

In English, we have a whole group of modal verbs that help us express how likely we think this or that assumption. Starting from very unlikely to very likely the chain will look like this:

These verbs can be used for the present, past and future. After all these verbs used the infinitive without the particle to. But first things first.

For actions in the present. Present actions

For actions in the past. Past actions

For actions in the future. Future actions

Modal verbs may, might, could be used to express uncertainty about the future. In this case, after they used the infinitive without the particle or to be + Verb + ing.

We could meet for lunch tomorrow. — We could have lunch together tomorrow.

Other ways to express possibility and certainty

1. What exactly is going to happen

3. What is likely to happen

There may be some variation of the words most definitely (exactly), highly unlikely / likely (very unlikely), quite probable (quite possible), etc.

And now we offer you to work together with Sherlock. Look at the video and select the correct answer in the proposals. The transcript to the video attached. But do not look directly into the transcript. Try listening to understand what is at stake. 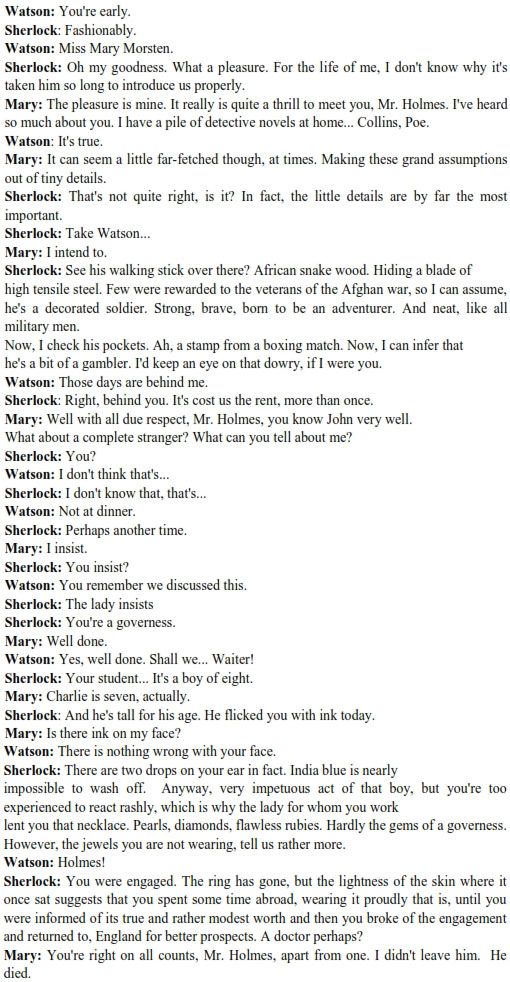