In Proceedings By Alexandra  3077

It proved that anyone can learn how to pronounce it, so that it not only produced the desired effect on the audience, but also remember it for a long time.

Political and cultural figures of the past and present mastered the art of oratory is mandatory. They all speak passionately and vigorously, using a lively language that evokes the desired emotions in the audience and touches the dates «string» in the hearts of listeners. Notable examples — Winston Churchill, John F. Kennedy, Bill Gates and many others, which you can read below. All of them inspire and motivate stories from their own lives or the lives of others. They often talk about their own experience about how they managed to overcome the difficulties and in spite of that success. And here’s 5 great speakers and their murderous energy speech (by the magazine Hot English Magazine). 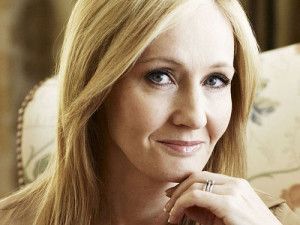 JK Rowling — author of acclaimed books about Harry Potter. But it has not always been as successful as it is now. When she began writing the first novel about Harry, she was an unemployed single mother. In 2008, in a speech at Harvard University, the writer talked about how important it is to believe in yourself, to follow a dream and not be afraid to make mistakes, if not an error, it would not be where is now.

«Had I really succeeded at anything else, I might never have found the determination to succeed in the one arena where I believed I truly belonged. I was set free because my greatest fear had been realised and I was still alive and I still had a daughter whom I adored and I had an old typewriter and a big idea, and so rock bottom became the solid foundation on which I rebuilt my life . » 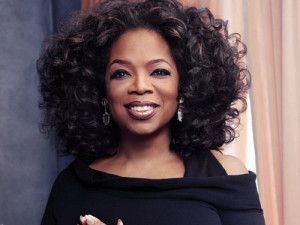 In 2013, American TV host Oprah Winfrey gave a speech at the 22nd awards ceremony Women in Entertainment. Oprah Winfrey is the most powerful woman in American television industry. In her speech, she talked about the challenges faced by modern women in a world run by men. 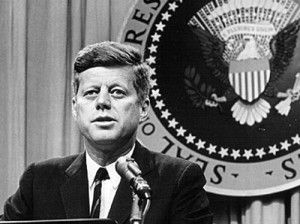 In 1963, US President John F. Kennedy spoke in front of thousands of residents of West Berlin (Approx. West Berlin — a political entity on the territory of the US, French and British sectors of the occupation of Berlin in the years 1949-1990). The final phrase of speech «Ich bin ein Berliner» has become a cult. 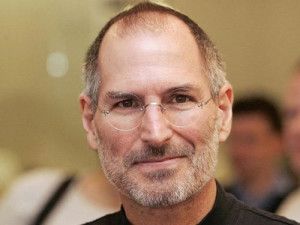 In 2005, Steve Jobs gave a speech to students at Stanford University. In it, he touched upon the issues of education, and talked about how important it is to find a deal to their liking. If you want to see the full version of one of the most exciting speeches of the last decade, then bring to your attention an article «You’ve Got to Find What You Love. Steve Jobs ».

«[Fades in] … ten years later, again you can not connect the dots looking forward, you can only connect them looking backwards. So, you have to trust that the dots will somehow connect in your future. You have to trust in something: your gut, destiny, life, karma, whatever. Because believing that the dots will connect down the road, will give you the confidence to follow your heart, even when it leads you off the well-worn path. And that makes all the difference. » 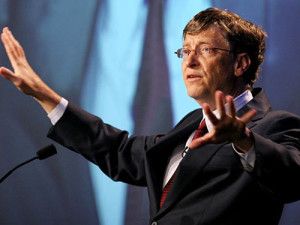 In 2007, Bill Gates made his speech to the graduates of Harvard. Calling himself one of the best nevypustivshihsya Harvard students, he recalled his student days, and how he was once inspired this place.

«What I remember, above all about Harvard, was being in the midst of so much energy and intelligence. It could be exhilarating, intimidating, and sometimes even discouraging but always challenging. It was an amazing privilege, and though I left early, I was transformed by my years at Harvard, the friendships I made and the ideas I worked on. »

And here is the 9 rules to be followed by all who wish to make the right impression on the audience.

Try to give his speech before the performance. Do this in front of a mirror or just Speak aloud (preferably in front of a small audience). The first thing you should pay attention — this unwanted sounds and words-parasites («well», «uh», «type» in the English — well, so, like, um, and so on). Try to replace them with silence. Remarkably, if you have the opportunity to train in the same place where you will be pronouncing his speech.

Meet with representatives of the audience before the performance. This will give you the opportunity during the speech has to focus on a pair of triple friendly people which is especially useful if you are prone to worry. In addition, when the speaker establishes eye contact with the person who is listening to him, he gives the impression that he speaks with him. Thus, the performance seemed to turn into a set of short conversations with different people.

If you are on the road to the department (or to another place where you will serve) start to get nervous, it is worth thinking about how you will deal with it in advance. The first thing that will help you cope with anxiety — a few deep breaths. The second — the belief that you will succeed. Understand that there is no place to go anyway, so it is best to send the adrenalin in a positive direction! Methods of finding peace of mind to an audience at all different. Maybe you need to think of something good, remember the purpose of your stay here and so on. It is noteworthy that even those people who are usually very experienced on the eve of a speech to the audience, just nervous at the beginning. Everyone, sooner or later there comes a time when the excitement passes, and it begins to «pour a river.» Your task — to minimize this «adaptation» period.

It is important to say it from the heart. As a last resort, not to be lost and does not talk about too much, you can use a small card with points of your plan, which, if necessary, you can spy. The person who reads a monotone from a sheet, no one interested. A striking example of such a person can often be found in higher education: lecturers admit this serious error, as a result, the students, instead of enthusiastically listen and delve into the subject, playing in the sea battle or listen to music. Share your emotions and speak from the heart: expressive and «contagious»!

Whether you go on stage, or stand in front of the pulpit, observe the location of his body. Imagine your body — string, but do not overdo it, not to look too hard and unnatural.

6. Get right into the story. Do not tighten the entry

Very often people make the mistake of starting a speech of thanks or saying something like, «I’m incredibly happy to be here.» In addition, it is very obvious, it’s also boring. This is unlikely to immediately CIDP audience’s attention to you, and it is necessary to achieve this. You can thank later. Instead, start with a question of statistics, anecdotes, quotations, or some other interaction with the audience. People should listen to you from the very first word, and it is better if it is in fact.

The main thing in the speech — a clear and understandable statement of fact information. Forget about the colorful Power Point presentation and a lot of useless information. Instead, make sure that it was a simple, well-structured and interesting to others. Focus on a single topic, and avoid anything that has no relation to it. Experts from Columbia University claim that people are wasting their time writing eloquent presentations at 10 pages, because all they need — is to introduce the audience the essence and the three bright examples that reveal it. Nick Morgan, one of the best known and respected trainers of oratory in the United States, believes that the utterance speech today is not so popular and effective as before. He insists on the fact that people still do not remember much of what they hear, so it should be as simple and short.

We are talking about gestures during his speech. Your behavior should be as natural. If we are too emotional, she is likely to be supported by some gestures, and it’s not bad. However, if you show signs of unrest (wringing his fingers, pull hair, crumple the paper in his hand or klatsat handle), it would not affect positively on your speech. It is important to add positive emotions, passion and excitement that the virus will be transferred audience and help you reach her.

Pronounces all the words clearly and distinctly. Even if the life you will quickly say, make allowances for the fact that a large audience should speak at a slower pace. It is not necessary to turn to the other person and say unnatural for yourself, you can just find a new face. Believe me, anyone can speak softly and affordable.

Great speakers are not born, but becomes. Even if you do not need to become a great orator and inspire millions of people to noble things, our tips will help you better prepare for the upcoming presentation, overcome fear of public speaking and feel comfortable in any situation. Take advice on weapons and practice!