In a previous article (Driver’s license or driver license!), We figured out how to get a driver’s license and how to behave on the roads, in order to avoid fines or «points.» In this article, we will focus on road signs made in the United States.

Road signs are different from Russian, but if you have a Russian driver’s license, you will not be difficult to pass on the American «right.»

Road signs in the United States a clear, colorful and easy to read. For example, a speed limit sign (Speed ​​Limit) looks like this: 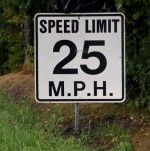 Under the sign of the speed limit hanging digital electronic display that shows your speed and if drivers exceed the speed indicated on the label, the digital display flashes, warning the driver that you need to slow down.

But it is important to take into account the fact that the rate for passenger cars and trucks (in many states) may be different on the same stretch of road. 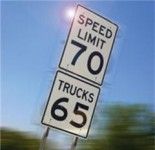 In total, the situation on the roads controlled by the police, they use radar to determine the speed of vehicles in case of exceeding the speed limit police officer is obliged to stop the offender and fined.

In some states, a helicopter flies over the highway, which control the speed of traffic, ie. E. The driver is stopped for an offense, but the penalty for a violation will receive an email (and even a photo :-)). 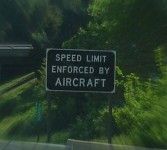 Speed ​​Limit Enforced by Aircraft — the speed limit is controlled from the air.

Badge Photo Enforced (See below.) As a rule, set at the crossroads (intersection), and, in the case of red light, the motorist risks a fine by mail (with a photo, the exact date and place of violation). 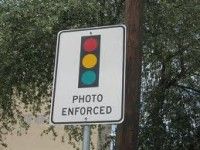 Some signs may seem unusual, such as: 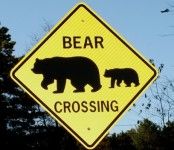 Bear Crossing — bears crossing the road. Such signs can be seen not everywhere, for example, this can be found in the northern states, such as Wisconsin, Minnesota, Montana, Washington, and so on. D. 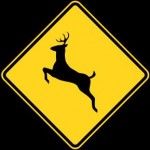 In some states, home to Amish (Amish people) — religious society does not recognize the achievements of civilization. They do not use electricity, and move on horses with carts. 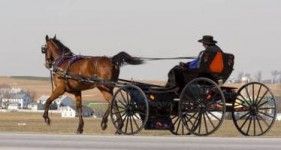 Here’s how they look «alive», but such signs can be seen on the road: 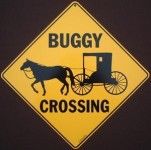 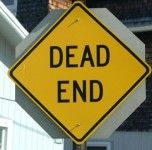 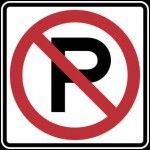 No Parking — Parking is prohibited.

No Hitch Hiking — hitchhiking is forbidden! In the United States in general to deal with it strictly, you can even get a penalty for hitchhiking.

No Littering — littering prohibited. Fines of a hundred dollars or more.

Litter Removal Next 1 Mile — the road sign informs that garbage collection over the next mile is performed by an organization, mainly non-state (Suburban Exterminating), it gives them the right to place his name on the sign, which is good advertising. 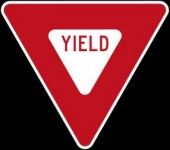 It is also very common information signs, which give information about fast food restaurants, gas stations, hotels, hospitals, and others. 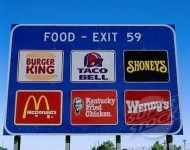 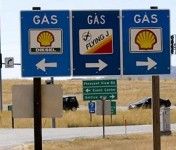 In principle, the signs themselves are not difficult, they speak for themselves, they must be easy to remember!

There are also differences in the rules of the road itself, but not too much!

For example, turn on a red light to the right is permitted (Right Turn), if you poured into the flow and do not create an emergency situation on the road, but still requires a full stop, and only then allowed to maneuver. But sometimes turn right on red is forbidden, and in this case hangs this sign. 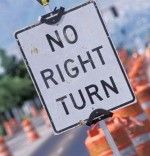 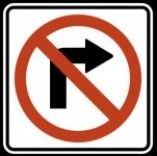 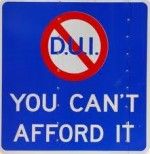 As you have seen, the road signs are not as difficult, and seeing a sign on the road, the driver can easily remember it. But the main thing — do not break the rules of the road. As the Americans say — Drive Safe!