In Proceedings By Catherine  4365

My journey in learning foreign languages

Just want to mention that this article is based on my personal experience, so please take into consideration that in the article may be different with many linguistic theories and conventional wisdom. Sorry, but not every theory is confirmed by the practice. The ability to learn — the notion of a purely personal. I invite you on a journey through my tortuous path to knowledge!

I speak English. Do you? 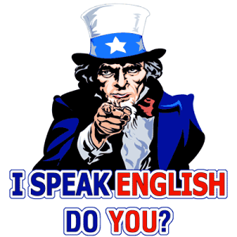 I first became acquainted with English in primary school, but the school stage of language learning has remained at the stage of «acquaintance». I perceived him then one of a number of school subjects, is no different from biology or chemistry. Perhaps my understanding of the language was a bit distorted, because the English for me there in the pages of textbooks Plakhotnik, Afanasyev and Mikheev and no more. It was hard to imagine that people communicate in this language, write songs, make films and use it very actively. I just was not interested. Whether it exact science!

I decided to dedicate his life to physics and mathematics. But soon this decision changed the Dean of the Faculty, who guided me to the right path, pointing out that the girls on the radio physical faculty is not the place, it was too no women this profession and, alas, unpromising. What can you think of a more feminine than the humanities and languages ​​in particular? I had eight months to prepare for admission to the Faculty of Foreign Languages ​​and cultivate a love for it.

It so happened that soon I met the one whom I call «my teacher.» The teacher, who teaches, inspires, instills a love and puts in your soul. I put a lot of effort and was able to enroll in the translation department, where a serious basic foundation I finish building floors in the tower of his knowledge.

Tip: If you think that language is not for you, and you will find hundreds of arguments in favor of this, maybe you’re just wrong approach to learning. Always worth a try again.

My attitude has changed to English — I am interested in both the language itself and its scope. The learning process was built on the standard «harsh methods» Department of Foreign Languages, but I believe that nothing better has not yet come up. There is nothing easier and more effective than daily work.

While learning the language at home, everything seemed fine, but now I remember with a smile, his first trip abroad and communicating with foreigners. Particularly memorable is the first time I was on the phone with customer support airlines Delta, and the operator asked me to write them a letter, as he did not understand what I need. It was a shame. A year later, during my next trip to an English-speaking country, I very deliberately ordered a taxi and tried to find an opportunity to talk to someone on the phone to find out whether I have become better understood. Fortunately, yes, steel.

Previously, I had fears, you will understand me. Even earning a translator at the undergraduate, I was going through when she knew that the next day will be a meeting with foreigners. It was the excitement that suddenly I do not understand, is suddenly the focus. In my life there was a turning point when it’s all gone. Confidence comes with practice.

Tip: it is difficult to start learning the language, all face misunderstanding, embarrassment, frustration and disappointment. It is important to work on the bugs that henceforth they do not recur. 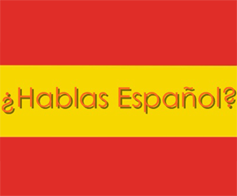 The second foreign language, Spanish, I began to teach at the university, following an intensive program of the Faculty of Foreign Languages. Despite the richness of the program and regular classes, I find it hard to understand some things that my classmates were given easier. I chose the second foreign language is not due to the widespread myth that the Spanish language — simple. The reason for this was the love of language — I like the way it sounds, attracted the history and culture of Spain. After many years of studying, I still believe that the Spanish incredibly rich and complex language. It is easy to learn the basics, a little understood, but the ability to speak properly, not forgetting about the various forms of the verb, requires effort. Learning outside of helped me with grammar, a wide vocabulary, but to fully understand the use of some typical moments of the Spanish mission to the country to help. Depending on the purpose of the study, so someone enough to go to the Spanish resort, exchange a few sentences in the bar and on the beach, to see how much you know, understand or do not understand. My approach to the study of language has always been serious, I do not teach a language for a pair of phrases, so find useful travel to language school.

Tip: find time for language schools. Even if you go for 2-3 weeks, it is a good incentive for further education and a way to understand and evaluate your progress.

Of course, the language is spoken — is not the only place where you can get in touch with native speakers. Who it is easy to find a teacher of the carrier. In big cities, popular language clubs, clubs of Spanish cinema, which often meet not only people who are learning the language, but also native speakers who are always happy to talk to cute abstract theme.

Tip: Find out whether there are clubs and whether the meeting in your town, and do not forget to visit them. It helps to understand that the language — this is not what is written in textbooks. Language of living, it is between people, and if you like to learn it, it’s twice as nice to use it!

After moving to Sweden, I found a «club of interests», doing Latin American dances. Teacher — a Spaniard and his students often come from Latin America, so that through such exercises I dance, and get regular practice of the language.

I am grateful to all those who taught me at least one new word or lazy suggest that «do not say, or rather like that.» Love My Spanish is not over yet, from time to time I ask myself whether it is possible to reach a level where the language is always with you, and he will not be forgotten? Alas, the answer is disappointing. In Venezuela, there is a proverb: «El camaron que se duerma, se lo lleva la corriente» — «Sleeping shrimp takes over.» It’s like you can not exactly confirm that if relax and not deal with the language, it gradually «washed away into the abyss» and knowledge will not. Do not be lazy — one of the main rules of training. 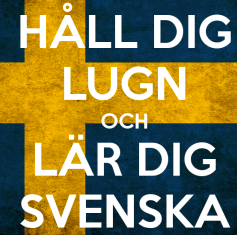 Swedish I began to learn «from scratch» directly into the environment, that is in Sweden. When I heard the buffet the first time, I thought that it would be difficult to understand the slurred speech, and even harder to speak. But it was only the first frightening impression. Began a set of language courses, I worked the maximum number of hours of what was offered, and after some time learning the language was to bear fruit. For me, accustomed to study large amounts of vocabulary or theoretical material in a short time, one session, which is 45 minutes explain only personal pronouns, it was a punishment. I wanted more! But it was necessary to take into account all. My classmates were people from all over the world (Thailand, Afghanistan, Romania, Japan), and not everyone shares my desire to learn more and faster, so that I began to invent their own activities and entertainment.

It all started with children’s books. First, in the library, «my department» was from 2 to 4 years. In children’s books have an incredible advantage — a lot of pictures and little text. Text always simplified complex grammatical structures there. In that case, if it is a book for children aged 2 to 4 years, the page shows the subject and signed his name. Since I did not know almost no words, and vocabulary are not redundant, I started with balls, dolls houses and bears. She came to the library and took a 5-7 books, but work it thoroughly — learns the words and find their form. Adult, beginner to learn the language from scratch is on the same level as that of a child who is just beginning to talk. Of course, I wanted to at least read the magazine or the local newspaper, but the first stage of learning the language was impossible. From picture books I was raised in the age category of books for children 5-7 years, where there are already simple sentences in the present or past tense.

Tip: the study of language all good. Do not ignore what you feel «too childish» or «it’s not for me.»

Handy tools that have always been with me:

While in the medium of language learning, I tried to use every opportunity to get more practice. So I took part in the program from the Red Cross «from mentor to mentor,» the essence of which was that Swedish citizens to share knowledge and experience with immigrants. In fact, I got the first Swedish one, which at first it was difficult to find understanding, and after it is significantly helped me master the language faster.

Tip: while in the target language environment, do not miss the opportunity to communicate with the media as much as possible.

After 2-3 months of learning the language gradually began to come to the realization that that’s something you know and can say. First, you start to understand the inscriptions on the streets after a fine phrase, and then trying to build himself saying. After the initial distribution point in learning the language, I got into the group, which together were engaged in «student-timers» (5-6 months), and the same novices like me. Education, of course, always been in Swedish, only occasionally someone might say word translation into English. In such a diverse group we have both advantages and disadvantages. The downside was that it was more difficult to study, I sometimes do not have time to use a dictionary and understand what the conversation as the topic of conversation is changing. The advantage was that it was what to grow and strive companions always helped to simplify the process of communication.

The study has not been without difficulties, there were weeks when I wanted to drop everything and use only English. It was a shame, when I wanted to turn on the radio or television, and to understand, and this is not happening. But perseverance, a habit to bring the case to the end and work have borne fruit.

Tip: If you think you have never overcome the foreign language, but continued to study it — you’re on the right track. 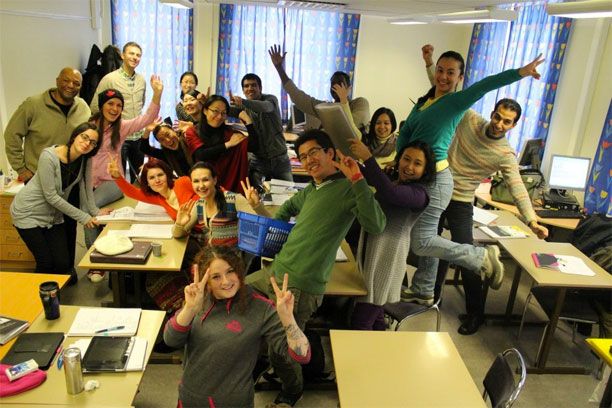 Courses Swedish for Immigrants in 2012

And finally I would say …

Having the experience of learning the language in the environment, and the environment is, I have noticed the difference and make some conclusions, which I want to share with you.

By devoting a substantial part of my life to the study of languages, can I say that I know three foreign languages? Unfortunately no. Every day I meet with unknown words and new phrases. I did it not frustrating, but quite the contrary. It is for me a good incentive not to rest on the spot. And what is your way to learn a language? What kind of success you achieve and what challenges face? I’m sure you have something to share! Waiting for your comments!