In Proceedings By Nicholas  5890

Ireland (Ireland [aɪrlənd]) — island (island), located to the north-east of continental Europe. The third largest in Europe and the twentieth in the world, the island is separated from Britain by the Irish Sea (the Irish Sea).

The mild oceanic climate (oceanic climate), Mountain (low mountains) and the absence of sudden changes in temperature (temperature drops) contribute to the lush (lush vegetation) on the island. Until the 17th century, the dense forests (thick forests) covered most of the area of Ireland, but now, as a result of human activity, virtually all forests have disappeared (deforested). 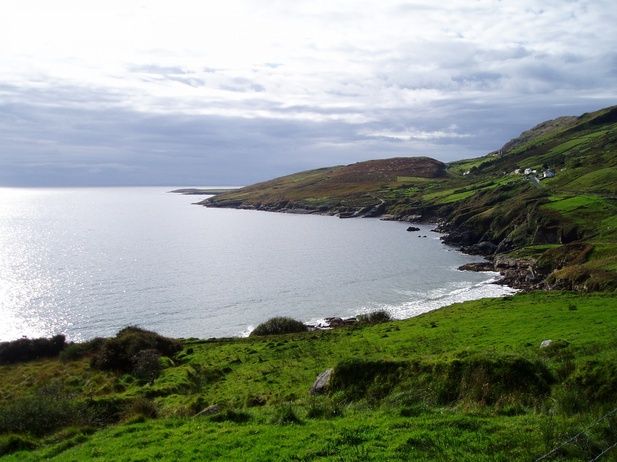 Symbol of Ireland is the harp, strings, which give rise to the world-renowned Celtic music, Celtic cross (the Celtic cross) and a sheet of white clover — Shamrock (Shamrock). Also, the country is home to a fantastic character leprechaun (leprechaun) — a small, stocky man in green robes.

Most of the (majority) of the population are Catholics (Catholics) — 88%.

Dublin (Dublin) was founded (was founded) by the Vikings in 988 BC .. The original name — Dubh Linn (from the Irish dubh — black and linn — creek, pond).

Ireland — a bilingual (bilingual) country. The population speaks two languages ​​- English (English) and Irish (Irish). The Irish language belongs to the Celtic language group with Indo-European roots and also called Gaelic (Gaelic). For a long time the country was under the control of Britain, and the local language almost ceased to be used, with the exception of some areas in the west of Ireland. After the independence of the Irish Free State in 1922, the government sought to restore the use of the Irish language community. He began teaching at the school, and use along with English in the public record-keeping, road signs and so on. D. However, English is still basic (sommonly used) language of the country. Only in a small part of the territory, called the Gaeltacht and is located along the west coast, the Irish are in daily use (in everyday use). A 1995 national survey found that only 5% of Irish people often use the Irish language, and only 2% consider it their native language (native tongue). However, more than 30% of the population claims that in varying degrees, speak Gaelic.

Irish English — singing and music, and there it is something fascinating, akin to crashing waves, wind howling and overflow harp strings. And while in Ireland speak brilliant English, Irish accent is ineradicable. And the main reason for that — the effect of overriding a long time Irish (Irish).

An example of differences from other native speakers may be that the Irish noises th [θ, ð]. They did not bother to manipulation of language and blowing air between his teeth, but simply replaced to t (thud) or d (voiced sound). Thus, the phrase «So do you see the thirty trees over there? That’s right! «Sounds like» So do ya see the tirty trees over dere? Dat’s right! «.

Also, respect the Irish vowels (vowels). Unlike the Germanic and Slavic languages, where possible jumble of consonants without a single vowel in the English word of Irish film, for example, will sound like a fill-um, and Colm Irish name it consists of two syllables.

Naturally, the Irish version of English has its own features.

For example, instead of having to speak in any language, the Irish have it. Instead say, «I speak Irish» (I speak in Irish), the Irishman says «I have Irish».

Another interesting feature is the fact that many Irish people do not use the word yes (yes) and no (no). Instead, simply repeat the verb of the question. (Can you swim? — I can! Do you like tomato juice? — I do not).

The Irish are renowned for their discernment and sense of humor. Proof of this are the sayings of the Emerald Isle.

Idleness is a fool’s desire. — Idleness — the desire to fool.

And finally, some interesting facts about this wonderful country: