In Proceedings By Alexandra  6694

Our imagination is boundless. This is one of those features that make a person special. We can think of something to dream about something, to imagine, to dream, to dream. A dream that we see during the rest of the unconscious? The striking phenomenon that if you think and forget that it is equivalent to something everyday. In this article we will talk about how to talk about imagination and dream in English!

Imagine — to represent something, especially something that you’ve never seen or experienced before. In English, the word to imagine.

After use, you can imagine that the words and what / how / where. Important! After the word imagine never used the infinitive. When it comes to action, it is necessary to use a gerund (imagine doing something).

One of the synonyms of the word imagine a word picture (verb). As the value is as close to what we put in the Russian word «submit» (to paint a picture in my head).

It looks at the value of the phrase, and can see — to represent something that is likely to happen, something familiar and routine.

It can be attributed to the imagination and dreams. What a dream — dream of — to think of something pleasant that I want to do, or in some way make a reality. In English, the word is used even imagine when we are talking about something that seemed or appeared.

Did someone call me — or I am hearing things? — I was calling someone, or I thought I heard?

Fantasia — fantasy — an exciting situation that we envision, but that will likely never be realized.

Do not confuse the word fantasy and imagination. Last — «imagination» — «the ability to imagine,» while the fantasy fantasy — exclusive product of the imagination.

Sleep. How to sleep and falling asleep 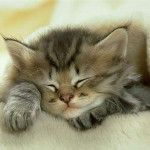 To sleep — is a word that is entered into the dictionary to learn English almost first. And that’s not strange, because we sleep a significant part of our lives. How to talk about the dream and what words to use for this purpose?

If you are talking about a normal, healthy sleep, use the words sleep well, a sound sleeper, sleep like a dog. The last we hear in the Russian language in the form of the phrase «sleeping like a baby,» that is very good. 🙂

The prolonged sleep is described using phrases sleep in or sleep late. Sleeping homeless people who sleep in the open air or in an empty room, strange as it may sound, the translation of words sleep rough.

Do not confuse the words: sleep (= be asleep) and go to sleep (= start sleeping).

That’s right: I went to sleep at midnight.

Here is a list of useful verbs in continuation of the theme:

Dream. What we see in dreams?

When it comes to pictures that appear before our eyes during sleep, you should use the word dream. The Dictionary of the English language, you can see such a definition: dream is a series of thoughts, images and experiences that come into your mind while you are asleep.

If you want to say about the trouble or a nightmare, you can use the phrase bad dream — «bad dream» or the word nightmare — «nightmare». We wish you to use such words as little as possible!

If you want to clarify that dream, dream that one should speak or dream about.

And then there is the state when a person is awake, but thinking about something so much that his eyes appeared before «pictures.» He usually does not notice what is happening around, because he was fascinated. This state of English speakers called daydream, which can be translated as a «daydream».

It seemed that my mother lost in a daydream. — My mom seemed to be dreaming (daydream).

As has been said, a dream — very much an integral part of our life, so a lot of idiomatic phrases coined. Most of them are used in everyday speech, and will be useful to better understand who want to learn the English language and its speakers. We propose to get acquainted with the five most popular idioms that are related to sleep:

At the end I would like to give one very popular lullaby (lullaby) «Twinkle Twinkle Little Star»:

Have a good night, dear friends! 🙂