Errors in tattoos in English

Today we are talking about those people who have decided to «immortalize» their ignorance of the rules of the English language, a tattoo with an error. For those who are planning to get a tattoo themselves, their example — is a reminder that in addition to thinking about the meaning and aesthetic characteristics of the underwear line, would not prevent in any case consult a dictionary or to visit his first teacher of English. For the rest — another way to remember some rules once and for all. 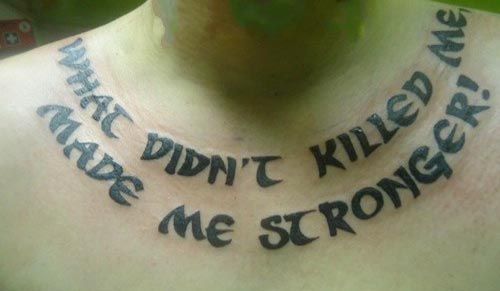 If you use the auxiliary verb past tense did, the verb used in the infinitive. No ending — ed or second form of irregular verbs! Forgot to that person at the right time golden words Maria Ivanovna: «Did we greedy and takes the ending — the verb ED!» 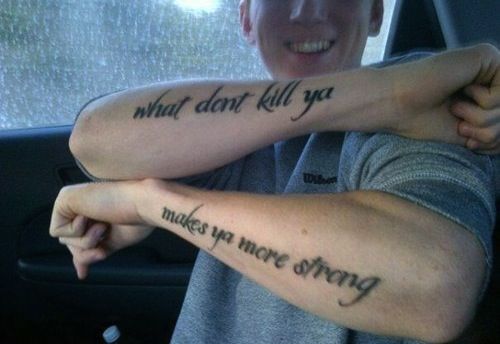 And here’s another interpretation of the words of Nietzsche. Probably the guy decided that one mistake — too banal, and made several.

What do not does not kill ya, makes ya more strong stronger.

What in this case acts as a relative pronoun, so at the end of the associated end of the verb must be added — s (third person singular present time).

The following error concerns the degrees of comparison of adjectives.

According to the rule, the words of which consist of a single syllable, add the ending — er in the comparative degree or — est in excellent. Now consider how many syllables in a word strong (by the way, at the same time has a value of not writing the word and its pronunciation, as in the English words, some characters may not be pronounced). So, strong [strɔŋ] — one syllable. Bingo!

Note: ya — it’s a non-standard spelling of you, the typical informal correspondence or conversation. 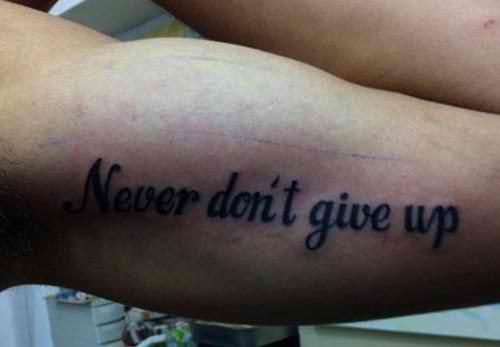 Never do not give up!

A typical example of ill-considered literal translation of the phrase «Never give up!».

Keep in mind that the structure of English and, for example, the Russian language is different, so the translation of each word separately can lead to such incidents. 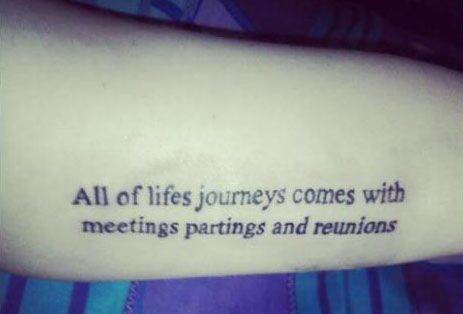 First, life ‘s journeys — apostrophe omitted. This is an example of the possessive case.

Secondly, all of the journeys come. As a noun journeys as used in the plural, not need to add s to the verb come. Some forget endings while others abused. But, unfortunately, is not accompanied by the establishment of equilibrium in the world of grammar. 🙂 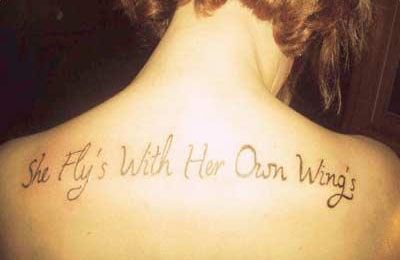 She fly’s flies with her own wing’s wings. — She flies on its own wings. (motto of Oregon, USA)

And in this case, on the contrary, we are not dealing with a possessive, so do not need apostrophes.

She flies — the addition of the end — s to the verb in the third person singular present tense. Here too it is worth recalling that, as the word ends with — y, preceded by a consonant, there is a change in the spelling of a word — y is changed to ie.

When we use the word too before the adjective, it has a value of «too much». That must be so in this case — too young (too young), too fast (too fast).

If you set to, then the proposal would not make sense, because to — it is an excuse, indicating the direction. And of course, these two words to too and are not interchangeable, although external difference between them seems so insignificant. 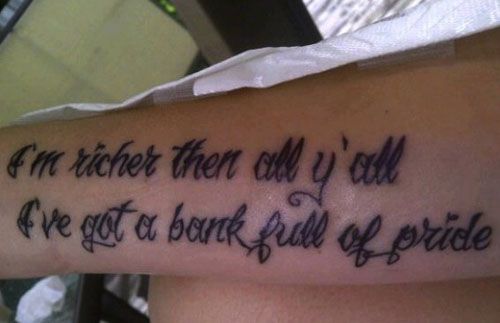 I am richer then than y’all. I’ve got a bank full of pride. — I’m richer than all of you, because I have a bank of pride.

Another hit among errors in tattoos. Than — what, then — then. Although I have only one letter, it is worth remembering, because with it and changing the meaning of sentences.

Note: all y’all — expression that is used in the southern United States, it has a value of — all (all of you).

It is a popular mistake among carriers themselves. But your — it is «your» here had to write you’re next — you’re next. But on the other hand, where are the letters together! 🙂

By the way, this error Ross from the famous TV series «Friends» recalls Rachel. And here is the video: 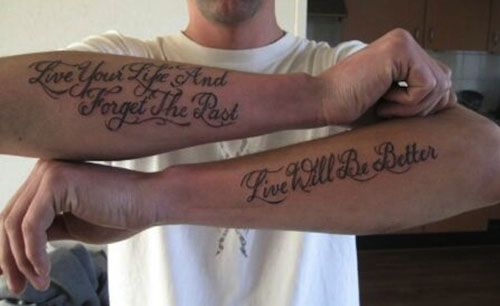 Word of life — life (noun), to live — to live (verb). Accordingly, in the second sentence should be: Life will be better.

That ended our hit parade of stupid mistakes in tattoos. As they say, a truly wise man learns from the mistakes of others.