Once I accidentally came across a video in which American student who came to study in Japan, told how her life is in a completely different country. Besides the small space where the students lived, he struck the Japanese approach to garbage collection. Despite the fact that the room was tiny, it was placed in several containers, in which students collected various garbage. Every morning came «scavenger» and took away already «categorized» trash for recycling. This episode I remember very much, and it would be just wonderful if the system has taken root in our country. And now we are as loans «cleaning» and «categorization» of debris, only linguistic format, and will investigate the use of English words denoting the trash. 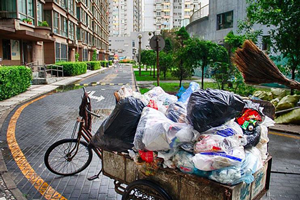 In the course of human life litters, litter, throwing garbage, discarded material, throwing rubbish and so on. In English, on the debris also can be said differently: rubbish, garbage, trash, litter, waste, junk, debris. It is time, finally, to spread out the trash on the shelves!

Let’s start with the three most used words: trash, garbage, rubbish. These words are called trash, scum, trash. What is the difference? It’s simple.

For those who are easier to imagine the difference in the values ​​using visual examples, I recommend to watch a short video, which provides a brief and clear description of the difference between trash, garbage and rubbish.

The food at that restaurant is complete rubbish. — The food in this restaurant — a complete mess.

Go ahead and deal with the word litter. If trash / garbage / rubbish are out of place in a garbage can, and in the street and on the road, it automatically becomes a litter — litter, trash left in the wrong place. The verb, respectively, is set to «litter, litter.»

For littering, you can even get a penalty (fine), so pay attention here on this sign: 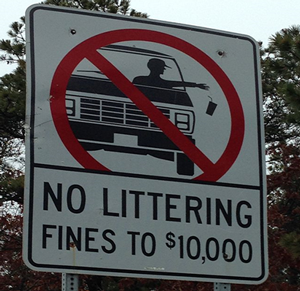 We continue to categorize the garbage and go to the word waste, which means «the dregs, waste, something unnecessary, unused.»

In addition to the noun, the word waste can be an adjective meaning «unusable, useless, dead», for example, waste talents — talents wasted. In addition, we find the word of waste as a verb that means «to waste, ravage.»

And now a few examples:

It’s wrong to let good food go to waste. — You can not afford to waste good food.

It is a case of haste making waste. — That’s what haste makes waste.

Also, pay attention to the phrase with the word waste:

Next word for debris — junk. It is commonly used when talking about junk, trash, garbage, t. E. About things that have no value or completely unusable.

That car is a piece of junk. — This machine — just old stuff.

As a verb junk used to mean «to get rid of anything.»

Here are a few phrases with the word junk: 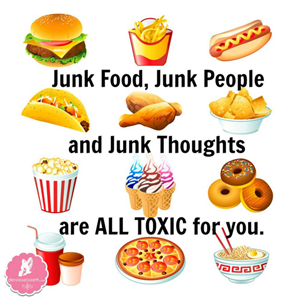 These were the main word for garbage, but lately the news is often possible to hear the word of debris / debriː /, which is used to refer to large debris, debris, debris:

Here you can see a video of how the garbage to wash off the coast of Japan during the tsunami (marine debris), sailed to Hawaii and made ​​ecological disaster:

So we figured out with the garbage, and now summarize:

Finally, a small task for thought. The famous English proverb says: One man’s trash is another man’s treasure. How do you understand it? Talk?

And at the end I suggest to pass a little test: