In Proceedings By Alexandra  4947

In the summer you warm, hot or unbearably hot? The street is cool, you are cold and you freeze? Despite the freeze in the stuffy room? How to say it all in English, so as not to miss the barely noticeable difference between the «heat», «warm», «cold», «frost» and «cool»? Consider the most used words to express the air temperature, the body and objects, as well as phrases that help to tell the other person about their feelings.

We speak about the cold 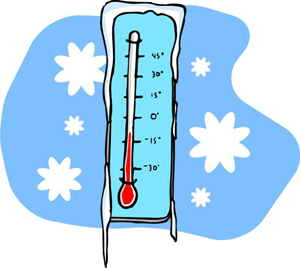 Let’s start with the cold weather in English. Despite the fact that outside the bright sun and the heat of summer, a little cool does not hurt, right?

Talking about the weather, in the Russian language, we often use the word «cold», «cold», «cool», «frosty». In English, the basic meaning of the word in such a cold.

If you want to focus on is that you are very cold, cold is extremely unpleasant, then used phrases freezing cold (freezing — freezing) or bitterly cold (bitterly — brutally strong). As a noun the cold has the same meaning as the cold weather. It is used when the speaker wants to mention that it is unpleasant and uncomfortable in this weather.

If the cold is pleasant, we use the word «cool.» In English, the word cool. It is especially appropriate when describing the coolness that followed hot weather. Chilly cold, but bearable, perhaps even colder.

Frosty word should be used when talking about very cold weather, when everything is covered with a thin layer of frost. In such weather, the sky is usually clear and blue. Translation — «frosty». A similar in meaning and word of freezing — freezing so that the frozen rivers and lakes. If there is a strong cold wind, and the earth is covered with ice, appropriately called the weather icy — icy, very cold. If it’s cold outside with the rain or snow, English speakers use the word wintry — winter.

The freezing weather continued all through February. — Frost continued throughout February.

When a person is cold, a favorite word used phrases sold to be cold, feel cold, look cold, which can be translated as «freeze.»

In speaking to the same value is used and the word freezing, if the person is very cold and unpleasant. If a person is so cold that he was trembling, it can be expressed by the verb shiver (with cold):

Often used the phrase «goose bumps» also has its equivalent in the English language to have goosepimples / goosebumps.

The room temperature is described by the same words as the weather outside — cold, cool, chilly, freezing. As an example, the following proposals:

The heating broke down and it was freezing in classrooms. — The heating system has failed, and in the classes was very cold.

If the room is a draft, there is a word draughty, which translates as «being in a draft» — a draughty old farmhouse.

Food and beverages. Food and Drinks

The food was prepared, but that is cool, called cold food. Get cold — an expression signifying the process of cooling. If you drink or the food is completely cooled, but should be used hot, you can call them stone cold (as cold as a stone).

Word of cold and cool in the other values

As you can see, the word cold translates as «cold». It is its basic meaning, but there are also others. Thus, it is possible to use when speaking of surly and indifferent people (cold person), as well as those people who are not interested in something that is unconscious or exhausted. Cold as a noun has translated as «cold» or «runny nose «.
Word sool, in turn, is used to describe people undisturbed, slow and calm music or something «klёvogo» and «cool.»

We speak of the warmth 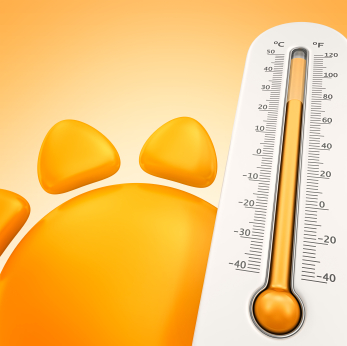 In the courtyard of the summer, so English language learners just need to navigate the weather in English. We will review the vocabulary that is used to describe the temperature characteristic for this time of year. As a basic word take hot — hot.

«Hot» is undoubtedly a loose concept. The subject for one reason or another can be a little hot, strong hot, boiling hot. Very hot objects, especially those that are lit at the time of speaking, can be described by the phrase red hot. Boiling hot — as hot as boiling water. In fact, so characterize liquid that boils or recently boiled. For example, boiling tea, or boiling hot water. In fiction you can often find the words scalding hot — scalding.

The coals in the fire were glowing and red hot. — Coal fire was burning and was red hot.

Indoors and outdoors. Room and weather

In English, there are many phrases to transmit different shades of heat: hot, boiling hot, broiling (spoken version), baking hot, sweltering hot. The differences will become more apparent in the examples.

A boling hot day in August. — It is a hot August day.

The broiling heat of a Mississippi summer. — Summer heat Mississippi.

The heat-wave in English heatwave.

The heatwave continued throughout August and into September. — The heat-wave lasted from August to September.

Noun generalizing all the above words — the heat.
Also, the weather can be hot, but moist when it’s stuffy and hard to breathe. To characterize this medium are used words muggy and humid. Note that the humid — a «book» word, while muggy often used colloquially.

The explanatory dictionary defines the word Longman warm so: a little hot, but not very hot, especially in a way that is pleasant. In the Russian language, as many have already guessed, the word translated as «warm». The warmth — heat (noun).

When it comes to warm food and drinks, use the word lukewarm. It is noteworthy that such food is not warm in a positive sense. It either has to be hot and cool, or was cold and hot.

The coffee was only lukewarm. — Coffee was already warm.

Body temperature. When you feel hot

To say that you have increased body temperature, you can use a few words and phrases: hot, boiling (spoken language), feverish (feverish), to have a temperature. All of these words can also be used if you have a normal body temperature, and you mean the sensations associated with the air temperature. If the heat that you feel nice, used the word warm.

The travelers were hot, tired and thirsty. — Travelers was hot, they were tired and weary lust.

Word hot and warm in the other values

Of course, like any other word in the English language, the word has a number of portable hot values ​​are not related to temperature. Hot adjective can be used to describe:

So, did you meet with key words used in the English language to express feelings related to body temperature, air, and food items. I am sure that the material in this article is useful both for beginners to learn English, and advanced students!