In Proceedings By Natalia  6570

Christmas symbols and traditions in the UK

Perhaps you know that in the UK celebrate Christmas on December 25. And the official opening of the Christmas season — this Advent (Advent). Advent — Advent fast, it starts 4 weeks before Christmas. 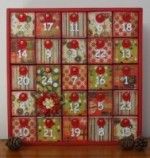 The earliest symbols of Christmas — Advent calendars. This small calendars for 24 days with little doors for each date. Behind them is a picture or a poem about Christmas. Every day is allowed to open only one door, which corresponds to the ensuing date. So children are counting down to light the Christmas holiday.

Christmas Day, Christmas (Christmas Day), celebrated by Catholics, Orthodox, Lutherans and other Protestant denominations Dec. 25, probably the most popular holiday in the UK. Of course, it’s a family holiday. Traditionally, all the relatives and friends get together and give each other gifts.

The history of Christmas goes back thousands of years. The first celebration of Christmas on December 25th was mentioned in writing in 336 AD during the time of Roman Emperor Constantine (the first Christian Roman Emperor). As is well known, the exact date of the birth of Christ (Christ) is ambiguous and contested religious materials. Perhaps the choice of December 25 had a relationship with falls on December the Roman winter festival of «Saturnalia» (Saturnalia) and solar holiday «Birthday of the Invincible Sun» (Dies Natalis Solis Invicti), which has gained an even deeper content after the adoption of Christianity in Rome.

Christmas in the UK 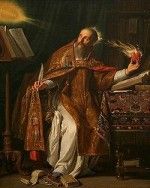 The very same custom to present gifts on Christmas entrenched in Britain only in the Victorian era (Victorian era) (1837-1901gg.). Prior to this it was decided to give gifts only for the New Year or Feast of Theophany (Epiphany).

Who has not heard of this tradition? This practice is in the same Victorian era. It is said that Santa Claus (Santa Claus) once flew over the house and dropped a couple of gold coins (golden coins). They fell into the flue (chimney / flue), right in the sock, which is dried over fire. Since then, on Christmas night made ​​socks hanging above the fireplace (fireplace) or a bed, hoping to get something to fall. Christmas — a holiday for the whole family, but most of all he was waiting for the children. They are bright stockings hung over the fireplace waiting for gifts.

Holly (holly), ivy (ivy) and other green vegetation, such as mistletoe (mistletoe) before Christmas used as decorations during the Festival of the Winter Solstice (Winter Solstice Festival). That’s what they symbolize: 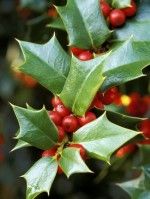 Holly has become a recognized symbol of Christmas. According to some versions of this plant was made ​​wreath (wreath) of Jesus Christ (Jesus Christ). And after the blood of the Savior (Savior) was spilled on the holly, it turned red berries (reddened). Spiny leaves (prickly leaves) symbolize the crown of thorns (thorns) of the crucified Christ (crucified Christ). Red berries — a drop of blood shed by Jesus. 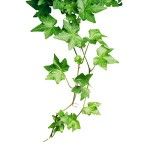 He must cling to something, to find support and grow. It reminds us that a person must hold on to the Almighty (Lord) for support and strength. 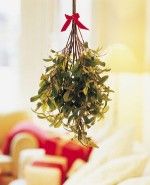 History of Christmas sprig of mistletoe hanging in a house dating back to the times of the ancient Druids (ancient Druids). It has mystical properties that bring good luck to the house and cast out evil spirits (ward off evil spirits). In Norse mythology (Norse mythology) was used as a symbol of love and friendship. A tradition itself kissing under a sprig of mistletoe came to us from England! Before each kiss with mistletoe berry frustrated, and so it went until, until the berries on a branch no choice at all. 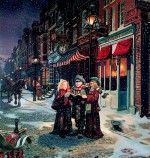 It was first performed in Europe thousands of years ago. But these were not the known Christmas songs. They were pagan songs (pagan songs), are sung around the stone circles during the celebration of the Winter Solstice (Winter Solstice). The winter solstice — the shortest day of the year, which usually falls around December 22. The word «Carol» means «dance» or «song of joy.»

Songs of joy were written and performed in all seasons, but the tradition of their performance fix and maintain only at Christmas.

Christmas songs — special songs, which are performed at Christmas. They sing about Jesus Christ and his birth.

One of the main traditions of weeks — garlands (wreaths) with candles, which have special significance. Wreath is usually made ​​of juniper (juniper), it necessarily should have four candles arranged circumferentially. Three candles purple (violet) and one pink (pink). Light candles in advance. The very first of them lit another four weeks before the Christmas holiday. Each subsequent Sunday for another lit candle. Purple candles symbolize the liturgical color of Advent (liturgical colour of Advent). The pink candle is lit on the third Sunday of Advent (Advent) and symbolizes the joyful expectation of the coming of Christ into the world.

Traditional Christmas in the UK is kristingl. Its name means «Light of Christ» (Christ Light), who came into this world. It is said that kristingl was introduced by the Company of the Anglican Church to assist children who have borrowed the tradition of the German Moravian Church.

Orange (orange) round, like the world. At its center stands a candle, it gives light in the darkness, as the love of God (God’s love). Red Ribbon (red ribbon) surrounds the «world» as a symbol of Christ’s blood shed for us. Four sticks indicate all four directions (all four directions) and symbolize the north (north), the south (south), the east (east) and west (west), which in turn signify the four seasons (four seasons).

Fruits and nuts (fruit and nuts), and often candy (sweets) — a symbol of the fruits of mother — land, which grew under the sun and rain.

Long before the tradition of using a Christmas tree or Christmas Yule log. In England he prepared the year before Christmas. In the forest, a huge tree was selected, it cut down and left to lie by removing branches. On the feast of the Nativity of the log of the tree he brought into the house of the head of household only (head of family). Next to be lazy treated as a living being, he poured honey (honey), wine (wine), sprinkled with grain (corn). After that, placed in a log fireplace (hearth) or oven (stove) and ignited. The log was to burn for twelve days and nights.

According to legend, the ash from the burned Yule logs had magical properties and treated against disease, protect from evil spirits. People wore the ashes in the pouch around his neck, scattered around the house.

There is also a belief that if a person sees a shadow (shadow) without the head (without head), reflected by the fireplace (fireplace), in which the log is lit, it will go away from the life of the next year.

Head of the family watching the burning logs and sparks (sparkles). The more he saw the sparks, the more fertile (more fruitful) was supposed to be the year.

Today, in the UK the Yule log is replaced by a thick Christmas candle.

His name is often associated with the name of St. Nicholas (St. Nicholas). Saint Nicholas was a bishop (bishop), who lived in the 4th century. after Christ (AD) in a town called Mira (Myra) in Central Asia (Asia Minor) (Now Turkey (Turkey)). He was a very kind man and had a reputation (reputation) helper of the poor, who secretly gave gifts to those who needed them. Thanks to their kindness Nicholas was canonized (he was made ​​Saint).

It is said that Santa lives at the North Pole (the North Pole). In Finland (Finland) said that he lives in the northern part of the country, in Lapland (Lapland). But all agree on one thing — he travels across the sky on a sledge (travels through the sky) to harness the reindeer (reindeer team), enters the house chimney (chimney) at night and puts presents for children in stockings over the fireplace and in front of the Christmas tree. 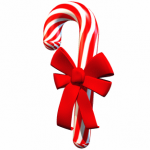 One of the sweet symbol of Christmas — is, of course, candy cane. It — Caramel (caramel) in the form of a cane (cane). By tradition, it is white with red stripes (red stripes) with taste of cinnamon (cinnamon) and mint (mint), so it is often possible to hear more of her name — «peppermint stick» (peppermint stick) or stick cinnamon (cinnamon stick). Today, it is a treat (dainty) has different tastes, colors and sizes.

Candy Cane has the shape of the letter «J», symbolizing the name «Jesus» (Jesus). Parents give their children such sweets for Christmas.

At the heart of the tradition to give each other and to receive gifts for Christmas (giving and receiving presents) — a reminder of the gifts that Jesus presented the sages (wise men): incense (frankincense), gold (gold) and myrrh (myrrh).

Frankincense was a perfume (perfume) to worship (worship) to Jesus. Gold is associated with the Kings (kings), and the Christians (Christians) believe that Jesus — the King of Kings (the King of Kings). Mirra was a fragrance, which covered dead bodies (dead bodies). This gift symbolizes that Jesus would suffer and die to rise (resurrect).

Another symbol of the tradition of Christmas — a cookie that children leave for Santa on the mantel, as a symbol of gratitude (a token of gratitude) for the work it performs every Christmas.

The traditional Christmas dinner in the UK must include turkey (turkey) with potatoes (potatoes) and other vegetables (vegetables). After dinner, Christmas pudding should be (Christmas pudding) — a sweet pudding, consisting of a large amount of dried fruit (dried fruit) and is often poured brandy burning (burning brandy). Another traditional dish in the UK — a Christmas cake (Christmas cake). It also includes a large amount of dried fruit. The very same cake covered with icing sugar (icing).

With the holidays you, our dear readers and students! Let Christmas bring into your life an endless tale and the sea amazing miracles!