In Proceedings By Yuliya  4290

Soon comes the most important holiday, which are waiting both children and adults — New Year (New Year). However, in many countries of the so-called West, the main holiday is, of course, Christmas (Christmas or Xmas), which is celebrated on the night of December 24 to 25. The main reason for this celebration — the birth of Jesus Christ (Jesus Christ).

The English, in contrast to other European countries, there is no tradition of celebrating St. Nicholas Day / Nikolaus (Saint Nicholas Day). As you know, in the US analogue of the saint, giving gifts to children is Santa Claus (Santa Claus), the majority of British children he knew how Father Christmas, as usual for all post-Soviet countries Santa Claus sounds in English translation as Father / Grandfather Frost. 🙂

By the way, Christmas is often referred to as Xmas due to the fact that the Greek language (as, indeed, in Russian) word of Christ is written as Xristos, and, as they say some sources, the reduction of Xmas was first used in Europe around 1500 year. A literal translation of Christmas — Christ is the Messiah (Christ’s Mass).

Since Christmas is one of the most anticipated events of the year, it is no wonder that the English have a variety of slang associated with this holiday.

Christmas buzz — pre-Christmas bustle. The condition usually occurs in the month of December, when everyone feels the need to buy gifts for all your family members, with at unreasonably high prices (overpriced gifts) and even on credit. This one does not feel a drop of regret, everyone realizes that does good work. And only when the holiday hangover disappears, and buyers come all the bills for Christmas gifts, they sprinkled ashes on his head and begin to rant o is (they go on a rant about), that it was possible to avoid this unnecessary expense.

You are buying Sony PlayStation 3 for 400 bucks for your kid? Must be the Christmas buzz.

Christmas Adam is the last chance to prepare for the Christmas Eve party.

Christmas Eve Eve — the same as the previous expression. 2 days before Christmas, December 23.

To avoid the madness that occurs in stores and shopping malls on Christmas Eve, many buyers are going to purchase gifts on December 23 so this day is the most active Pre-trade.

I never realized the insanity of Christmas Eve Eve until I worked in retail. 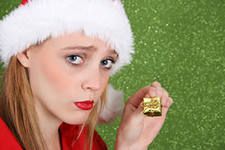 Christmasless — receive little gifts for Christmas or even to remain without them.

I was christmasless this year. All my presents this year sucked! 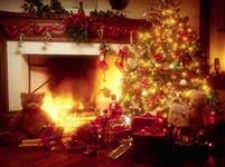 Christmasomnia — insomnia before the celebration of Christmas, the resulting huge desire print boxes with gifts.

I had Christmasomnia so bad last night. I was not able to sleep ’til I had opened all my gifts and messed around with them for a while.

Christmassy (feeling the Christmas spirit) — a special festive mood on the eve of Christmas.

I’m feeling so christmassy atm (at the moment)! 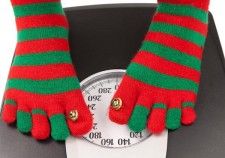 Jim has put some serious holiday pounds and has to start going to the gym. 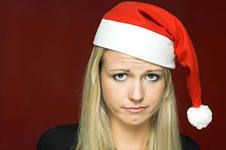 Postsantum depression — depression after long holidays. Feeling terrible disappointments (let down), which is experienced by many people as the Christmas festivities are over, and we need to return to the harsh and monotonous reality.

— What’s going on with Anna today? She is ragging it with me.
— It has nothing to do with you. She’s got a bad case of postsantum depression. 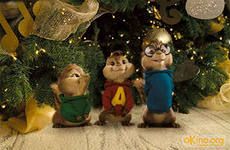 Chipmunk gift — (a gift from a chipmunk). A gift that will be useful not so much to whom it presented as its author. Sarcastic expression.

My husband bought me a Nintendo Wii for Christmas. What a shipmunk gift. He knows perfectly well I do not enjoy playing computer games. 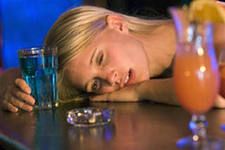 (To) Brown out — partial loss of memory, some moments of the past because of the excessive amount of alcohol consumed, but with the ability to «remember everything», as soon as someone can help us to restore the order of events. The term contrasts with another slang expression to black out — what happens to a man when in view of the same alcohol it completely «turned off», and after regaining consciousness absolutely can not remember certain events.

Jane had a nice brownout last night, she remembers getting home but does not recall eating at Burger’s King.

— Do you remember when you danced on the table last night?
— Wait, when did that happen ?! God, I black out at Jim’s and came to at my house at noon.

It is lit up like a Christmas tree — drunk «a lord»; get drunk as hell.

Yesterday we had a party and Steve was lit up like a Christmas tree after loads of tequila shots!

Be dressed up like a Christmas tree — overdressed; in full dress.

At the New Year’s party Lisa stood out from the others because she was dressed up like a Christmas tree.

Cancel someone’s Christmas (The idea is that dead person will miss Christmas) — arrange someone gay life; «Nail down» anybody.

If you do not pay up, I’m gonna cancel your Christmas.

Ring out the Old Year — to see off the old year.

We’re ringing in the New Year with a party at our house.

All one’s Christmases have come at once (sudden unexpected good luck) — happiness halt.

Parents bought me iPad. All my Christmases have come at once.

Dear Readers,
Happy New Year, and Merry Christmas, and Happy Old New Year! I hope you already feel christmassy, ​​I wish you did not stay in this year christmasless not get chipmunk gift, celebrate the New Year dressed up like a Christmas tree, take care not to brown out, after you ring in the New Year, and let all your Christmases have come at once! 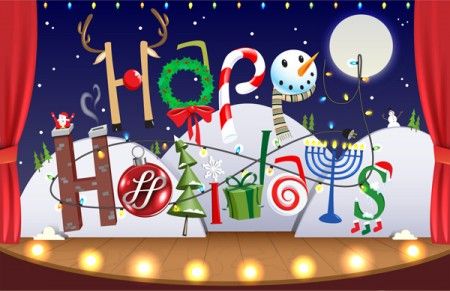