In Proceedings By Maria  531 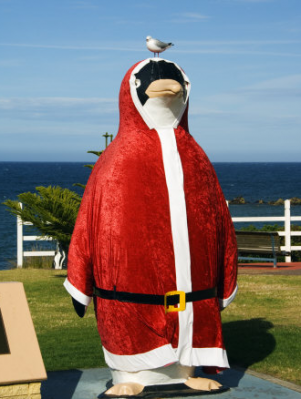 Australian tradition of celebrating Christmas traditions are very different from the countries of the northern hemisphere. After all, when the window 30, it does not want to sit by the fireplace and there is just fried turkey and want to freshen up a bit. That is why Australians rush to the beach, there to celebrate a wonderful summer holiday of Christmas. But, of course, not all families go to the beach. Some organize gala dinners in the courtyards of their homes. That’s lunch, not dinner, as in other countries. The most popular beaches in the country — it’s Bondi Beach Australia, which is located in Sydney. But now, because of the resultant hole in the ozone layer directly over Australia and New Zealand, on the beach mostly tourists, and local residents are wary of the dangerous Australian sun. Keep this in mind if you decide to celebrate Christmas in Australia. 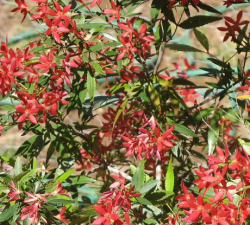 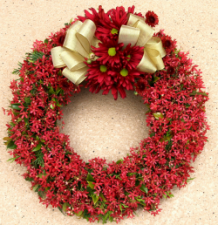 Sometimes the neighbors organize small competitions (competitions) who has the best light show (light display). They go to each other’s homes at night to look at the decoration of houses. It so happens that some have already decorated your house for the first of December. But not always such competitions just for fun. Some streets of Sydney collect up to 35 thousand Australian dollars to charities, arranging joint submission light. 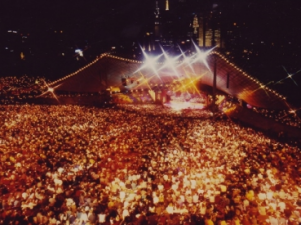 This Australian tradition was born in Melbourne in 1937. Now it has spread throughout Australia, and is supported by all Australian state capitals. Again in contrast to the European countries in which Christmas Eve (Christmas Eve) is a very important day in Australia that day is not marked at all. Instead, people gather in one of the central parks of the city, to sing Christmas songs (Carols) by candlelight (by Candlelight). The park sets the scene, which may make the famous Australian singers and groups, or local artists, while the rest sing along. But not all come there to sing. Some come to eat, drink and listen to others.

Perhaps Australians would like to sing for Christmas «I am dreaming of the White Christmas» («I dream of a white Christmas»), but not every inhabitant of this continent has seen snow in their lives. Popular Australian song «Six White Boomers» («Six white kangaroos»), «Santa’s Moving to the South Pole» («Santa moves to the South Pole»), «Let Us Barbeque» («Let’s fry barbecue») heard these holidays days from anywhere.

As in Australia too hot for Christmas, the Santa Claus reindeer gives opportunity to rest, and instead carry his «six white kangaroos» («six white boomers»).

We offer you a song «Six White Boomers».

The day after Christmas — it’s Boxing Day (Boxing Day on December, 26th). On this day, the Australians or go on a visit to fry barbecue or sit in front of TV and watch cricket match (Boxing Day Test Match) or race on the yacht (the Sydney to Hobart Yacht Race), which starts the day with Sydney and ends in the capital of the Australian state of Tasmania, Hobart, five days later. 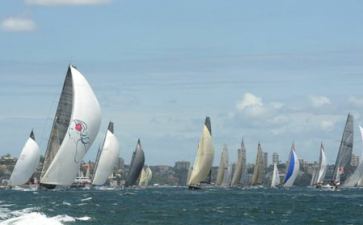 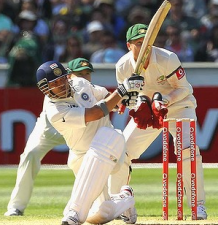 Now you can imagine how it is Christmas in the middle of summer.

Please accept our warm congratulations on the upcoming holidays! Suppose, even if you’re not in the heat of Australia warms you love family and friends! Good mood in the New Year and enjoyable articles from our sponsors!