In Proceedings By Svetlana  6610

Today we decided to stop at the interesting facts related to Christmas in America and around the world, or rather, to tell about Christmas in numbers. We have already talked about the history of this holiday. From the article «Christmas symbols and traditions in the UK» You can learn about the typical attribute of any Christmas celebration, as well as a little history of each symbol of the holiday! Also, fans dig deeper into the history of the celebration advise to pay attention to the article «History of Santa Claus. Who is Santa? «. I was very interested to know who this smiling bearded man, as well as get acquainted with the team of his assistants.

Christmas is considered to be the main holiday of the year. In order to assess the scale of the celebration of Christmas around the world, let’s look at the figures and statistics, because they can not lie. 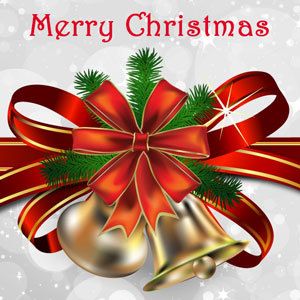 In the States alone every year this festival people send each other about three billion cards. It really is a wonderful tradition that allows people to transfer a piece of its heat to those who are far away. Maybe it’s just a convention, but such a small gesture sure to draw a smile on the face of the recipient. For detailed instructions on how to make a Christmas card, read our article «New Year Post Cards. Writing Christmas cards in English. »

«It’s a Wonderful Life» appears on TV more often than any other holiday movie! 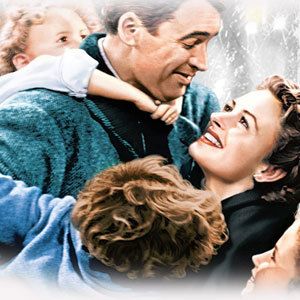 We create our own Christmas mood with the help of the beloved masterwork «The Irony of Fate, or Enjoy Your Bath». In America, the role played by the immortal and life-affirming film of Frank Capra’s «It’s a Wonderful Life» («It’s a Wonderful Life»). If some people think that «irony» — this is quite an old film, imagine the movie «It’s a Wonderful Life» 68 years old this year! Here is a survivor! And the most amazing thing is that every self-respecting TV channel (eg, NBC) shows the film 2 times during the holidays. Dates shows all known in advance. And, despite the fact that the film has a DVD of all Americans, people are happy to spend time near the TV, repeating memorized cue behind the protagonists.

The movie «How the Grinch Stole Christmas» features more than 52,000 Christmas lights, about 8,200 Christmas ornaments, and nearly 2,000 candy canes!

Remember the famous green Grinch, who by virtue of their harmfulness not like Christmas? For the filming of the movie were involved 52000 Christmas lights, Christmas decorations and 8200 about 2,000 candy. With such serious work on the scenery belt among the top ten films to create the right mood for Christmas. 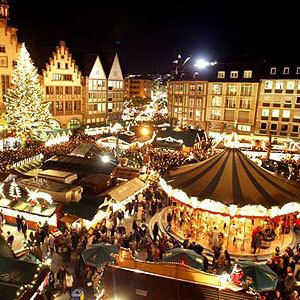 The best part in the pre-Christmas hustle and bustle — a selection of gifts. The average person in the purchasing of gifts takes place about 5 miles (8 km is about!) To shop to find the one the only surprise that I want to give a loved one in a festive evening. Also, employees of the Center of Statistics found that in the United States on Christmas Eve every minute shopping done around 5340! How to get those results? It’s simple. That’s how much every minute buyers across the country are cards VISA, to pay for goods. Through this activity of buyers, many retail stores earn up to 70% of its annual revenue from sales in the month before Christmas! Unbelievable, so to speak! About the tradition of Christmas markets, fabulous read our article «Christmas markets. Christmas markets. »

86% rated spending time with family and friends as the best thing about Christmas with only 7% quoting time off work, 4% food and drink and 3% presents!

Gifts, shopping, greeting cards, movies — this is not important in the celebration, according to a survey conducted by American scientists. After all, 86% of respondents say that the best in the festival — this time with the family. Followed by 7% of respondents who believe that there is nothing better output (hard to disagree with them). Food and beverages occupy the main place in the celebration of all at three per cent of respondents. And short chain 3% of people who are most fond of presents!

I also propose to draw attention to an interesting collection of facts about Christmas, collected in the video.

The celebration of Christmas you can find many amazing facts and traditions. They are all the crumbs are collected and passed on from generation to generation. The popularity of the Christmas holidays can be easily explained — sometimes we all want at least a little miracle! I wish you a lot of miracles in these holidays! Merry Christmas!