In Proceedings By Natalia  4040

«Angry Words»: how to speak in English about anger

We’ve all been there … Or, in Russian, we all went through it. This happens rarely or often, but happens to everyone: we are angry (we get angry), or come out of themselves (lose our temper). Today we look at the words and phrases that will help us to express their negative emotions in English. After all, you see, this collection of words is very helpful and useful to all. 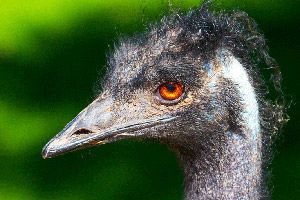 Something takes you out of yourself (makes your blood boil), you feel a growing anger (mounting anger) or simmer with rage (seething with rage)? Sometimes we go too emotional (highly emotional), wanting to immediately respond sharply (give a sharp answer). After that we can have a sad face (a face as long as a fiddle), or we can look down in the mouth (look down in the drums). Immediately comes the realization that the nerves no good (to be a nervous wreck).

Adjectives of anger in English

In case you are still angry, let us learn the top ten adjectives that express your emotions at that moment.

Idioms of anger in English

And now let’s learn some idiomatic expressions can be used to display anger.

Phrasal verbs of anger in English

Now let’s see a video about the «evil» of phrasal verbs.

Result. The result is a consequence of

But no matter how strong was your anger, you should always be able to cope with them (to control yourself / not to lose control of yourself) and live together (live in peace and friendship). After all, no wonder they say that anger — is an ideal opportunity to utter the most impassioned speech in your life that you regret later.

I hope that our article was useful for you, and now you’re ready to test your knowledge by doing a quick test.